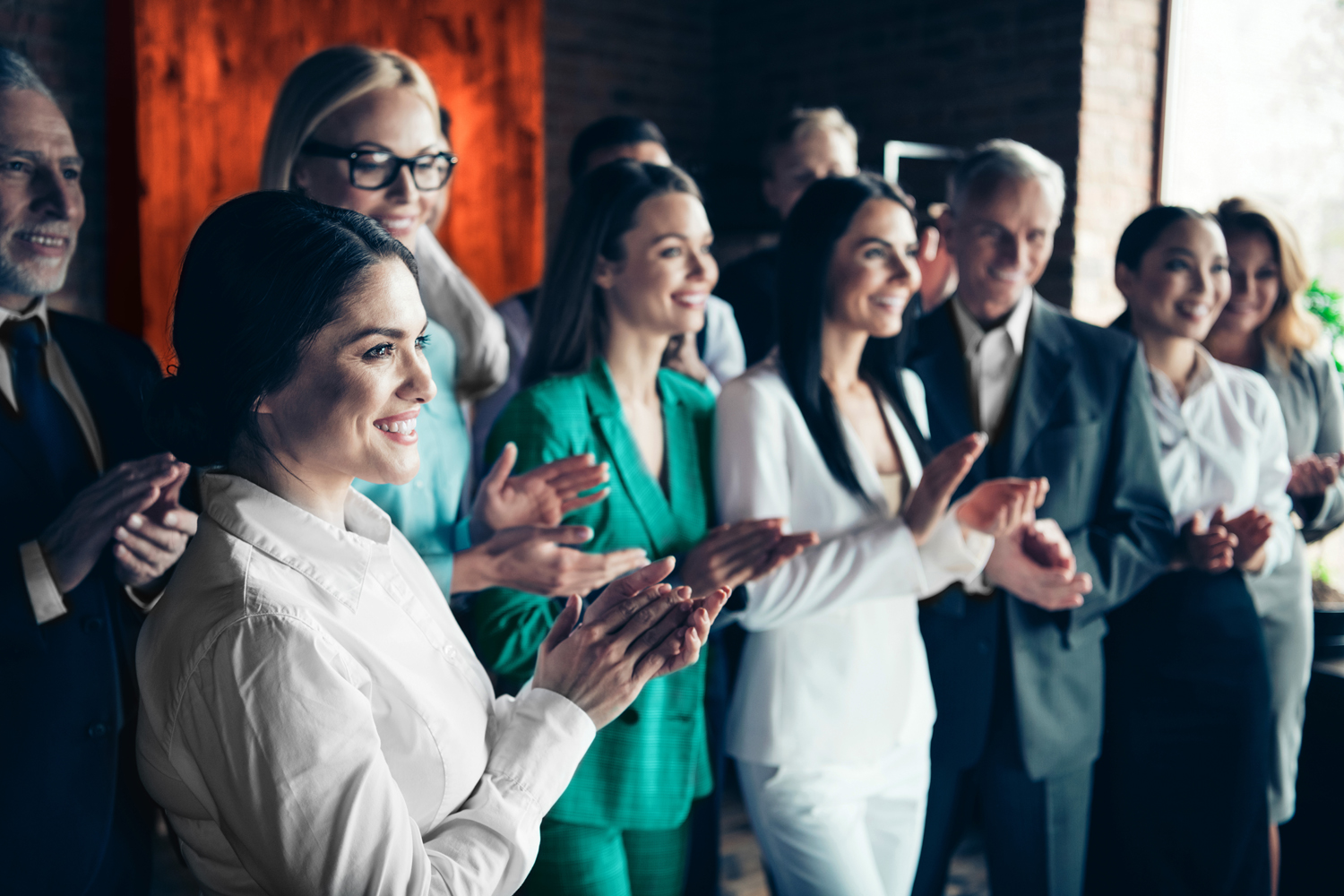 Have you ever looked up at the sky at dusk and witnessed a murmuration of starlings? It’s a breathtaking, awe-inspiring sight: a whirling mass of thousands of birds wheeling, darting and swooping in unison. As a collective they just seem to know – seamlessly, effortlessly and joyfully – where to go and what to do.

We can learn a lot from the way those birds, and other natural phenomena such as swarms of bees, naturally ebb and flow as a group.

We have never been more connected – via social media for example – yet at the same time we feel isolated. One study has found that heavy internet users have three times the odds of perceived social isolation as those who go online less often.

In the workplace, we are overloaded and exhausted. We need to be brave, to stop doing things that aren’t making a difference and refocus on those that make the biggest impact. It’s about keeping our humanity in a tech-driven world, making meaningful connections and feeling part of something bigger than ourselves.

Could we get to a point within organisations where our teams flow together as gracefully as those whirling birds, working in beautiful synchronicity?

The Joy of Flow

Flow is the optimum state intrinsic motivation. When we are in flow, we are ‘in the zone’ and fully immersed. According to Mihaly Csikszentmihalyi, the psychologist who first recognised and named ‘flow’: “Often hours seem to pass by in minutes… time seems to pass much faster”.

When people are in flow they are at peak levels of performance (producing more creative work) and experience greater wellbeing (flow is linked to improved quality of life, increased self-efficacy and a stronger sense of self).
Given the importance of teams in the workplace, isn’t it time to expand the concept of flow from the individual to the collective?

TeamFlow supports teams to create and experience ‘flow’ together rather than in isolation. It is a team intervention built on evidence-based research, bringing together performance and wellbeing, as we now understand that the two concepts must work in-tandem for the most positive impact.

At its center is peer collaboration and guided development, we know the unit of the team has more power than the individuals within it. It is a human approach, applicable to all, rather than simply focused on leaders.
We believe it can replace all existing team building and assessment approaches. With the world shifting so fast around us, we need to be bold. Rather than layering new approaches on top, we should rip things out, paring back to focus on human connections.

Current methods of team building, development and assessment are based on a deficit model, where we identify what is wrong with people and then attempt to turn them into high performing individuals within an outdated hierarchical system. As positive psychologists, we know we need to focus on what’s right with people.

In 2021, we need a fresh, relevant approach: one that understands the diminishing power or hierarchy and the impact of empowering people to be accountable for their performance and wellbeing. An approach that respects people’s different strengths and the fact we all have good days and bad days. And one that is inclusive, celebrating diversity and creating a sense of belonging for our people.

This website uses cookies to improve your experience while you navigate through the website. Out of these, the cookies that are categorized as necessary are stored on your browser as they are essential for the working of basic functionalities of the website. We also use third-party cookies that help us analyze and understand how you use this website. These cookies will be stored in your browser only with your consent. You also have the option to opt-out of these cookies. But opting out of some of these cookies may affect your browsing experience.
Necessary Always Enabled
Necessary cookies are absolutely essential for the website to function properly. These cookies ensure basic functionalities and security features of the website, anonymously.
Functional
Functional cookies help to perform certain functionalities like sharing the content of the website on social media platforms, collect feedbacks, and other third-party features.
Performance
Performance cookies are used to understand and analyze the key performance indexes of the website which helps in delivering a better user experience for the visitors.
Analytics
Analytical cookies are used to understand how visitors interact with the website. These cookies help provide information on metrics the number of visitors, bounce rate, traffic source, etc.
Advertisement
Advertisement cookies are used to provide visitors with relevant ads and marketing campaigns. These cookies track visitors across websites and collect information to provide customized ads.
Others
Other uncategorized cookies are those that are being analyzed and have not been classified into a category as yet.
SAVE & ACCEPT